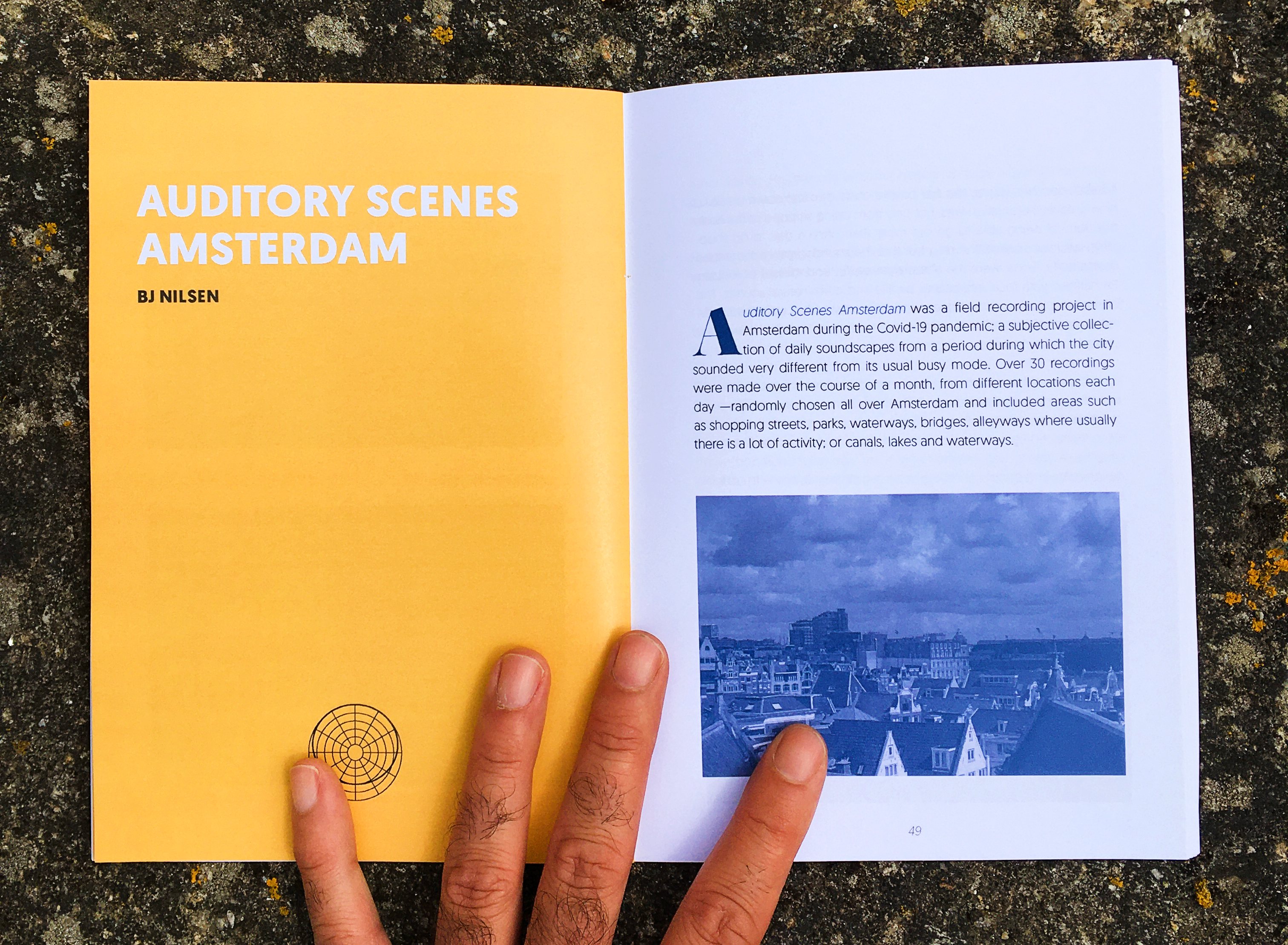 Sound. Think of it as a dance of neologisms, an anemic cinema for the gene-splice generation, where sign and symbol, word and meaning all drift into the sonic maelstrom. This is a world where all meaning has been untethered from the ground of its origins and all signposts point to a road that you make up as you travel through the text. (…) In epidemiology, vectors spread infectious agents like viruses or parasites. But in the case of sound, memories are the infectious spores, viral modes that pop up in tracks, sifting mechanisms that filter file memory as sounds move between populations. – Paul D. Miller

In 2020, we gladly accepted José Pina’s (TA / CMA) auspicious invitation to curate a collection of works based on field recordings that could illustrate how sound artists from around the globe were approaching issues related to lockdown and the Covid-19 pandemic. Rather than generating yet another body of artworks dedicated to general, subjective reflections about Covid-19 and the lockdown, we took special interest in what we identified to be a particular characteristic of this and other global events, which is their exceptional ability to alter our collective perception of time.

This was the beginning of New Chronologies of Sound project, which roughly coincided with the launch of our mixed media label, VIC NIC. It therefore struck us as a good idea to have the collection also published in vinyl and CD.

In 2021, a short but lovely arts residency was hosted at VIC // Aveiro Arts House with participant artists BJ Nilsen (SE), Diana Combo (PT) and consultant Jorge Barco (CO), resulting on a collaborative sound performance at GrETUA, together with Gustavo Costa (Sonoscopia, PT), who took the opportunity to offer a masterclass about deep listening and the usage of field recording within artistic contexts. The event also featured a round table with the aforementioned artists, who were joined by researchers Ana Flávia Miguel (INET-md, PT) and Rosa Alice Branco (ID+, PT).

Furthermore, with the support of Direcção Geral das Artes and the partnership established with INET-md, the original project branched out into other promising courses, such as the Negative Mass free sound bank, comprised of some of the raw samples and recordings used by the participant artists to compose their sound works; a workshop and an acousmatic exhibition held at LAB3 / MAMM – Museum of Modern Art of Medellín; and finally, this very publication, which aspires to bring to light some of the issues and debates that emerged over the course of this project.

In A Collection of Whispers —which was presented on the 22nd of June 2022 by Ana Flávia Miguel (INET-md/UA) and Hugo Branco at CEJ – Centro de Estudos de Jazz (University of Aveiro)—, invited artists and researchers debate a series of issues raised by the project:

How does this new perceived time axis affect our ways of listening? How does it affect the ways in which we create? How can fields such as sound art and acoustic ecology generate reflection about the new anxieties and expectations introduced by such uncertainty? And how are sound artists across the globe responding to the emerging limitations and challenges?

Thanks to the ongoing partnership with INET-md/UA, the publication will be available in print towards the end of September of 2022. For now you can download it for free in PDF format right here.