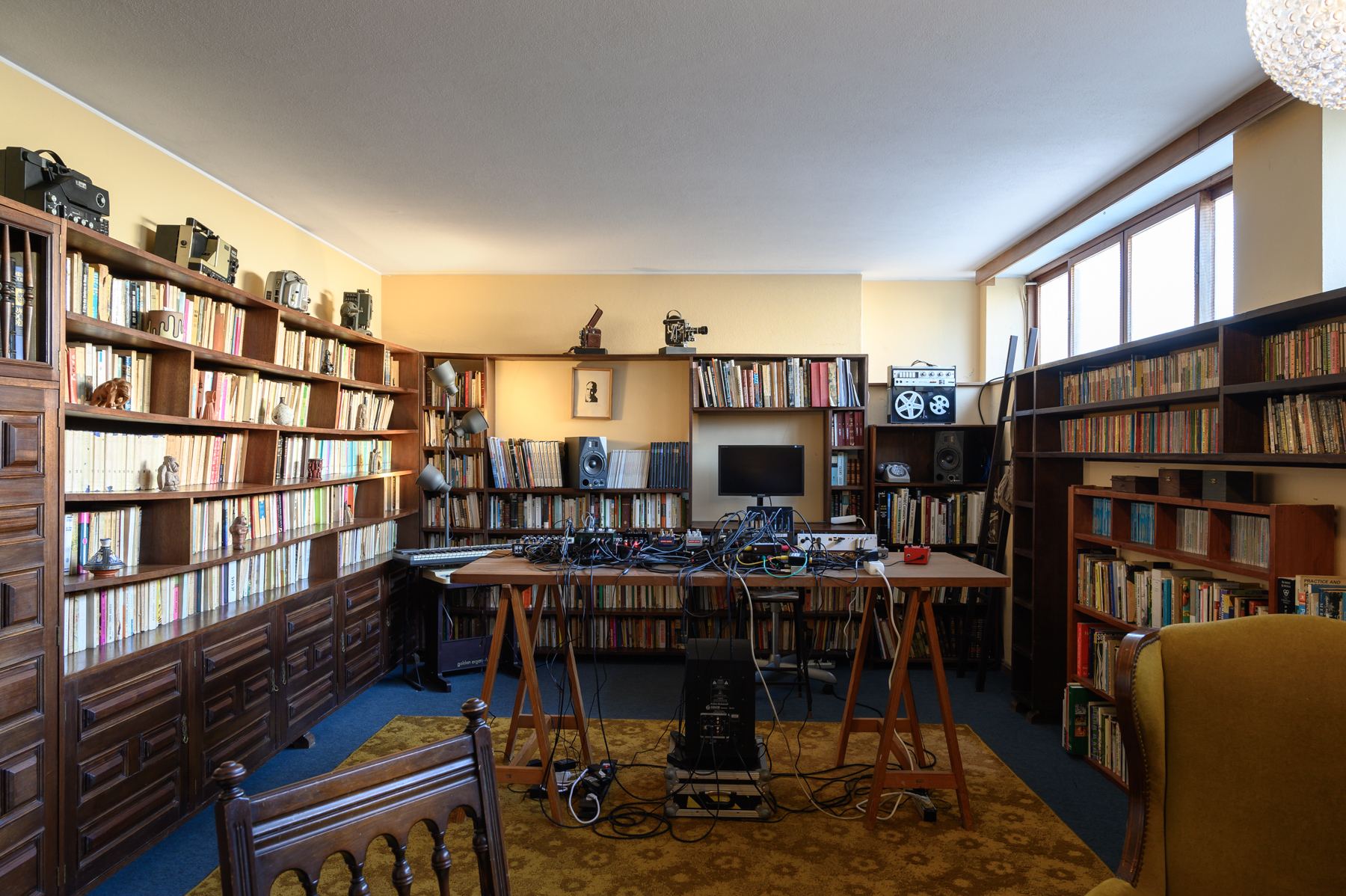 Projected by the famous architect, illustrator and designer Victor Palla in the late fifties, during the second half of the 20th century this house became a meeting point for all sorts of relevant figures concerning arts and culture. The building resembles a house-museum, filled with unique stories that bring out the artistic, cultural and political contexts of Aveiro and Portugal in contemporaneity.

Closed and virtually deserted for about ten years and on the verge of getting sold, in April 2016 the five-floor building was taken up by Vasco Branco’s grandson, Hugo. Supported by a small team of friends and artists, he urged to rescue his grandparents’ house, looking forward to the conservation of his family’s cultural heritage.

While efforts are being conducted towards the rehabilitation of the building, it now features a guesthouse, an arts residency and a small gallery, where some of the works of Vasco Branco can be appreciated. The resident crew periodically promotes events and workshops in several fields of arts and culture, which mainly take place at the underground auditorium that used to play the role of a clandestine cinema during the times of fascism.

Combining creative tourism with cultural activism, the interaction between national and international artists, foreign travellers and local audiences has converted the building into a lively and dynamic ecosystem. An artistic laboratory where the interchange of experiences and ideas is a constant reality, VIC is once more becoming a landmark in Aveiro’s cultural scene, while progressively recovering its condition as a safe harbour for true lovers of arts and culture.