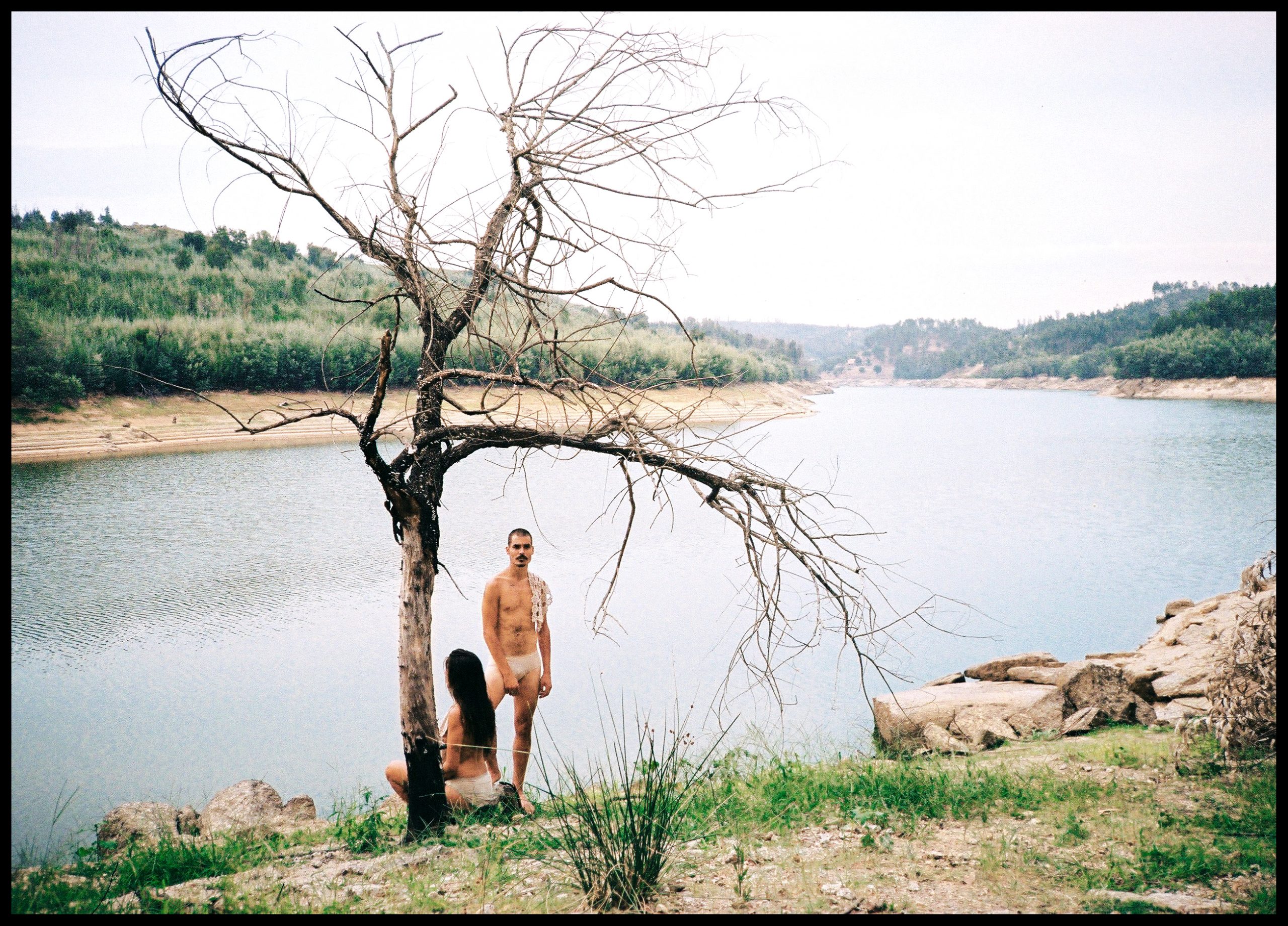 SONS DE EMBALAR PARA TEMPOS DE GUERRA is the title of Gil Dionísio‘s beautiful and intriguing new album. Gil and Beatriz Nande, who co-produced the record, have been our artists in residency here at VIC for the last few weeks. We recently had the pleasure of listening to their incredibly heartfelt and raw sound live at a rather intimate in-house concert that will be part of our upcoming video series “Transmissions from Down Below” (soon on our YouTube Channel).

Human voice is at the centre of this work, with vocal collections and recordings made between April 2020 and January 2021. “Sons de Embalar para Tempos de Guerra” allures to the possible lulling of narrative conflicts, the opening of a wider dialogue and a symbolic encounter. To lull those who went to war.

Wars have no lull, only movement.

Movement is the living proof of an unconscious conscience. But no war is unconscious, since war is a choice.”

“And if the wars of the unconscious are invisible and infinite, it’s curious and even spectacular, just like those who put up a show. The finitude of all wars that have a name: it’s the politics of being and of all possible narratives that the word “politics” allows us to be. Because those wars that have a name change their movement as the wind changes the origin of a wave. But waves keep coming and our body slowly turns into the sea that takes us with its streams, wreckage, and smithereens in the blood of those who live there. Who lives in war transforms the body, who makes war transforms the earth. But we’re all going to be ok, except those who don’t. What sound lulls a being that only knows explosions?

“In those endless lines where history is written, there is a colour, a light, a sound that lulls. For those who are ok, the war is another. What about those who live on the other side? And for all other narratives where history doesn’t come by?

“The feeling multiplies in the magnitude with which we live, even in times of war. And for every feeling a song.

“War belongs to no one, except to those who live in it. And for every conflict there’s a narrative, for every movement a sound. And for every being, a lullaby.” – Gil Dionísio

Be the first to hear what’s coming up. From concerts to new releases to art projects, guest house discounts, and much more.

Processing…
Success! You're on the list.
Whoops! There was an error and we couldn't process your subscription. Please reload the page and try again.
Previous
Next
Share this
FacebookInstagramSoundCloudYouTube