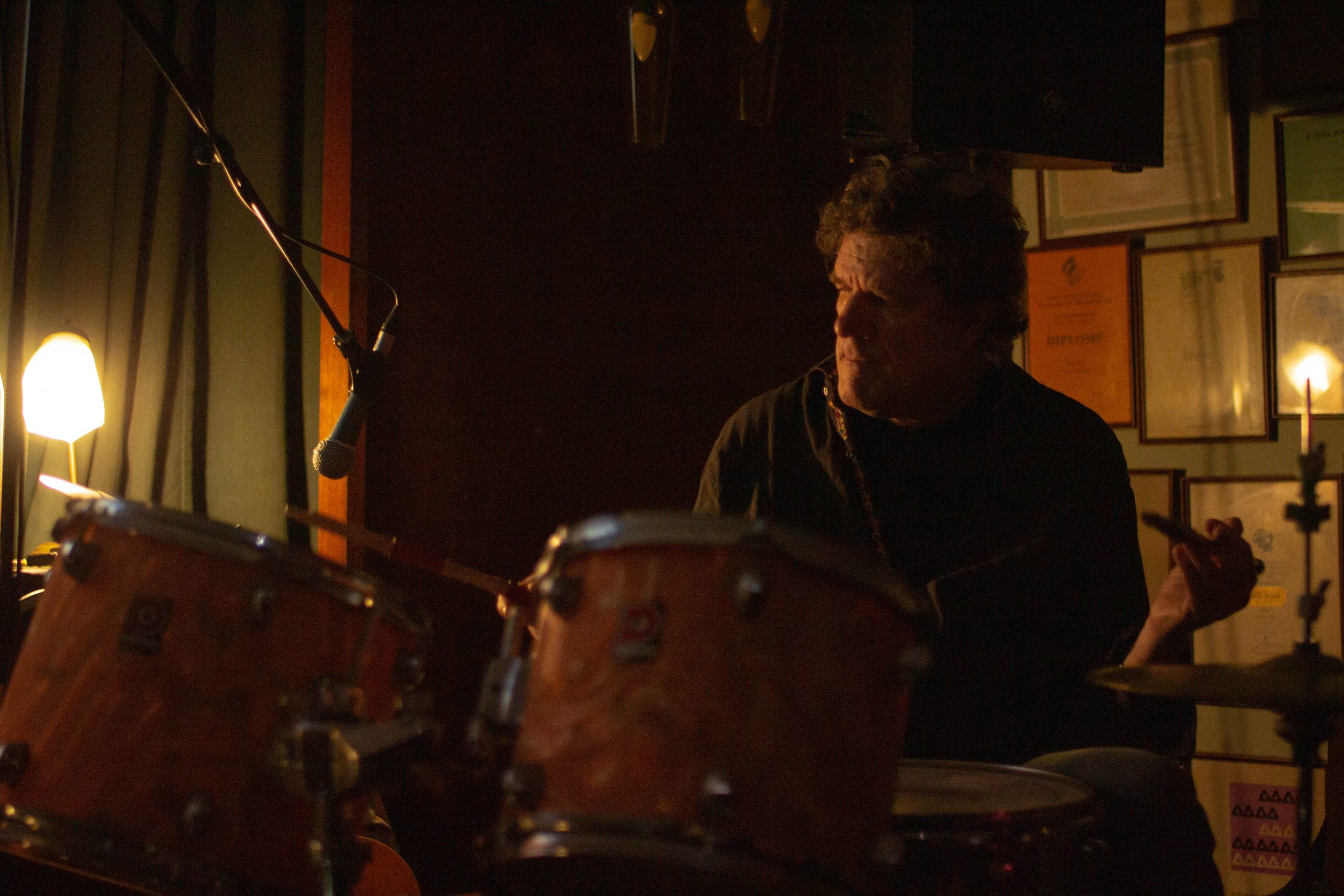 To live a “musical life” is to live a life “in conversation.” A conversation with experience, with life’s mysteries, with instruments and the cosmos and the audience and with other musicians. Music is language and a way of communicating and interpreting experience. It is an operating system. It is a way of organizing sound and for Dave Mihaly and Trans Van Santos, a road to walk on and a way of organizing a life worth living. For this concert, the two longtime collaborators welcome Aveiro’s Miguel Leitão on saxophone.

Over the last four decades, Dave Mihaly has become synonymous with the San Francisco (California) psychedelic, spiritual jazz, and folk music scenes since 1980, establishing himself as one of The City’s most sought after and idiosyncratic drummers, percussionists, multi-instrumentalists and composers. He has played with Jolie Holland, Mushroom, Daevid Allen (Gong, Soft Machine), Os Beaches and with his own spiritual jazz ensemble: Dave Mihaly & The Shimmering Leaves, a band that has included the likes of Ara Anderson (Tom Waits band), David Boyce, Michael Cavaseno, and Jon Birdsong (Beck).

The musical relationship between these two San Francisco musicians stretches back twelve years and last year they released the self-titled Old Mexico (Cardinal Fuzz Records), a psych-jazz-folk project they co-lead with Dead Meadow’s Jason Simon. The album received glowing reviews, with Blurt Magazine hailing it as one of the year’s best.

Visual projections will be provided by the “Afro-Surrealist” filmmaker Vanessa Fernandes (AKA V_de_sotavento).