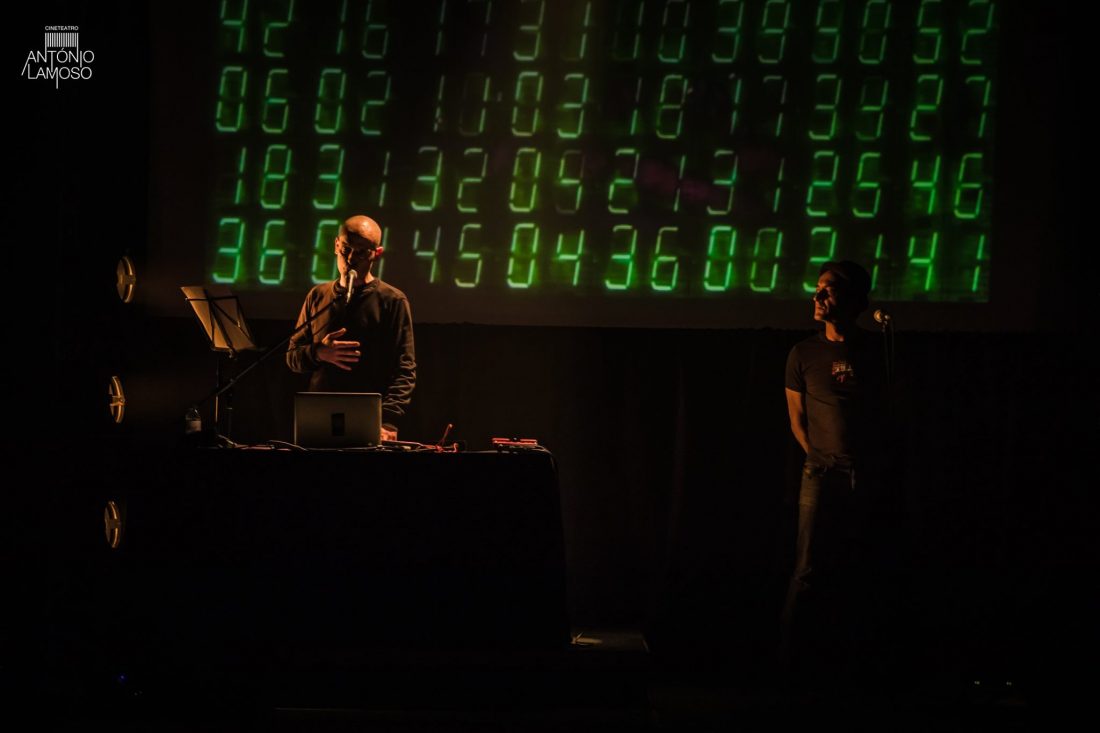 Attention, attention! Warning to the population: words are throwing weapons.
— Sindicato do Credo

Following authors such as Valter Hugo Mãe, Isabel Rio Novo, Pepe Cáccamo and Yolanda Castaño, we hereby announce – without previous warning to the population – the imminent 5th episode of the #EmVozAlta literary sessions.

Next Friday, November 15, at 9:30 pm, words will once again be the weapons used in a daring and relentless foray through the restless verbs of journalist and writer Sérgio Almeida and his Sindicato do Credo.. In dialogue with the poet Rosa Alice Branco, the author will present his latest book Periferia, conversation which will be informed by the homonym performance, presented by the Sindicato do Credo collective.

Consisting of visual artist Paulo Moreira, musician and performer Pedro Piaf, and Sérgio Almeida himself —and often featuring collaborations with guest artists, such as Boris Fortuna, who contributes to the soundtrack of the current performance— Sindicato do Credo has presented tribute shows to authors such as Fernando Pessoa, Manuel António Pina and Sebastião Alba, in venues and events such as the Vila Nova de Foz Côa Poetry and Music Festival, Lello bookstore and Teatro Campo Alegre —Porto— or Cineteatro António Lamoso —Feira.

Somewhere at the crossroad between music, poetry and moving image, Sindicato do Credo casts itself, on one hand, as an alarm clock for a sleeping population – “Our Homeland, Who art in hell,,,” – and, on the other hand, as a movement for the desecration of poetry, returning it to everyday life through a confrontation and contamination of language.

Although desecrated, the gods insist on a €5 contribution to this fifth #EmVozAlta literary session. And because “it’s all good when you’ve got enough wood”, we await you, profane and well-awake as always.