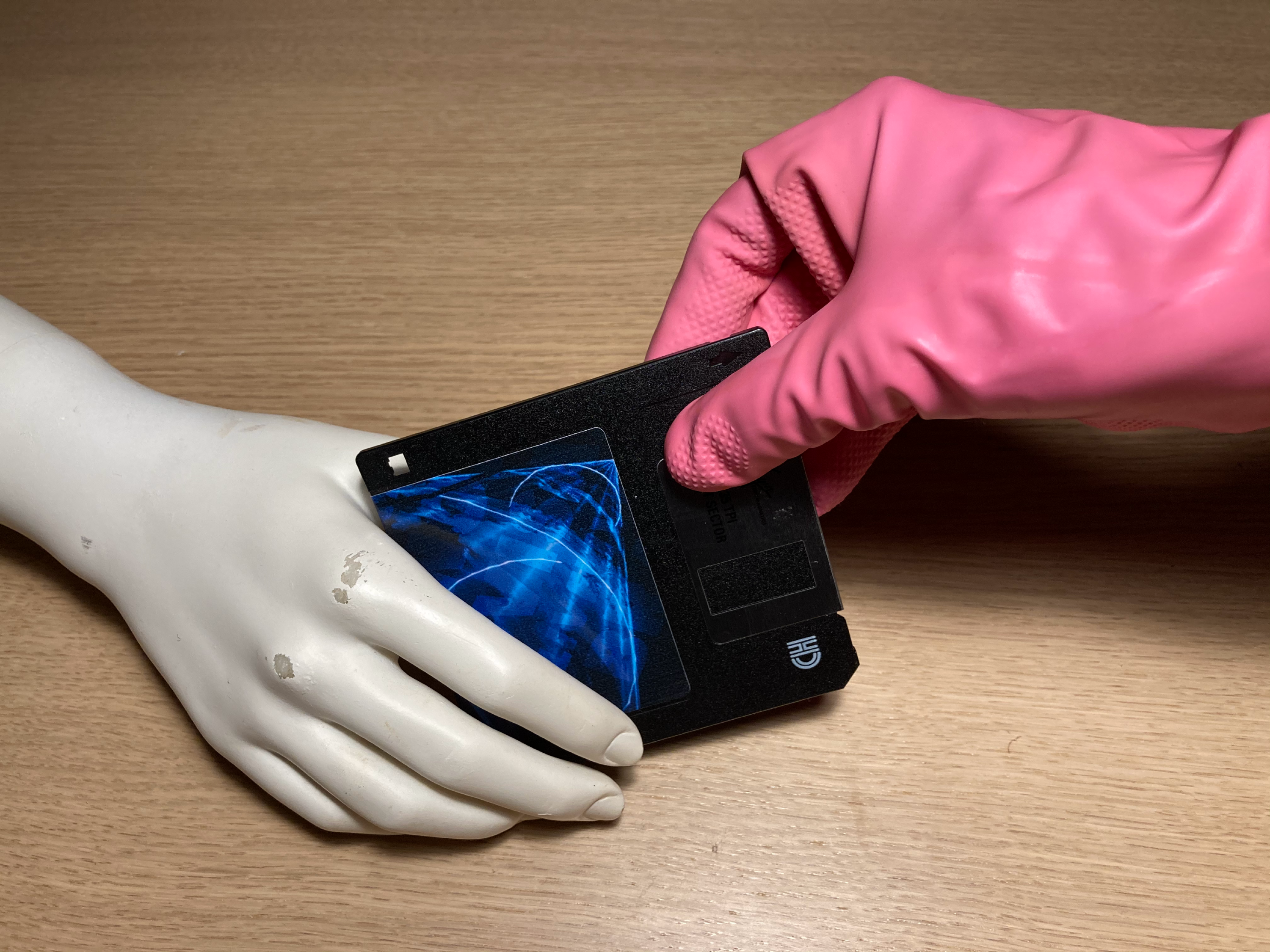 From stage to record, VIC NIC’s pilot release Zona Autónoma Improvisada is finally out! Join us on Bandcamp to download it for free or support the artist by purchasing one of the 47 very cool and useless floppy disks. You can also check out a video from the live performance at Teatro Aveirense right here.

Zona Autónoma Improvisada was commissioned by Teatro Aveirense as a live soundtrack for the interactive laser installation Friction by the Openfield studio.

Originally composed in July 2020 for a live performance at the “Zona Autónoma” micro-festival, the sound performance was revisited and revamped for the multimedia show that took place at Aveiro’s municipal theatre on the 11th and 12th September 2020, within the Criatech art and technology festival.

Besides three audio cuts from the live show, we’ve included a PDF with a download link for a high-res video of the whole performance, captured by João Garcia Neto’s skilful lens. Hope you enjoy it as much as we did.

I composed this sound performance sitting on the floor at VIC’s underground auditorium. Most of the time I felt like I was five again, playing LEGO on the floor ay my mom’s place. My setup at Teatro Aveirense was an attempt to share this feeling with the audience, by translating the intimacy of my childhood home onto the theatre stage.