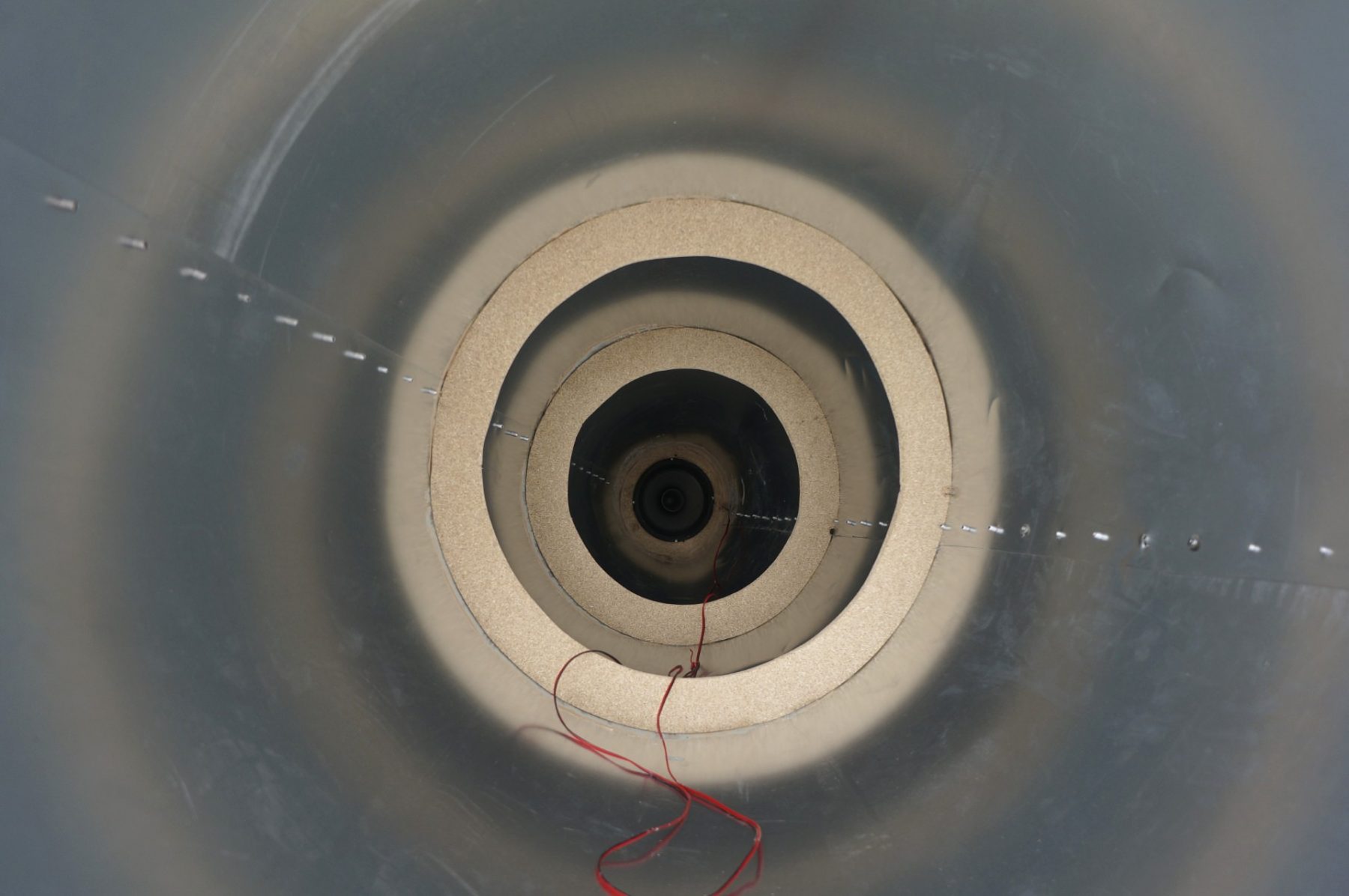 Based in Buenos Aires, Juan Sorrentino is a sonic and visual artist exploring concepts of visual language, poetic context, and collective imagination through electronic, acoustic, multimedia concert works and installations. Presented across South America, the United States and Europe, his work has awarded him numerous prizes and is currently present in several private and public collections.

We briefly met Juan in Lisbon at the 2017 edition of the Lisboa Soa sound art meeting, where we attended Sam Auinger’s workshop “Thinking with your ears” and where Sorrentino presented his “Space Scanner” and “Tile – Fragile loudspeaker” installations as well as his “Motto” workshop / performance.

From all the fascinating installations in display throughout the paradisiac and almost secretive scenario of Lisbon’s Estufa Fria, we were instantly drawn to Juan’s work, which —in his own words— always landed “somewhere between the poetic and the politic”. We were also quite happy to realize that his character and humour absolutely stood up to his creations, and suggested that he came for an arts residency at VIC somewhere in the near future. So, when the opportunity came to invite him for the Criatek arts and technology festival in Aveiro, we didn’t hesitate. But who better than Juan himself to portray how that turned out? 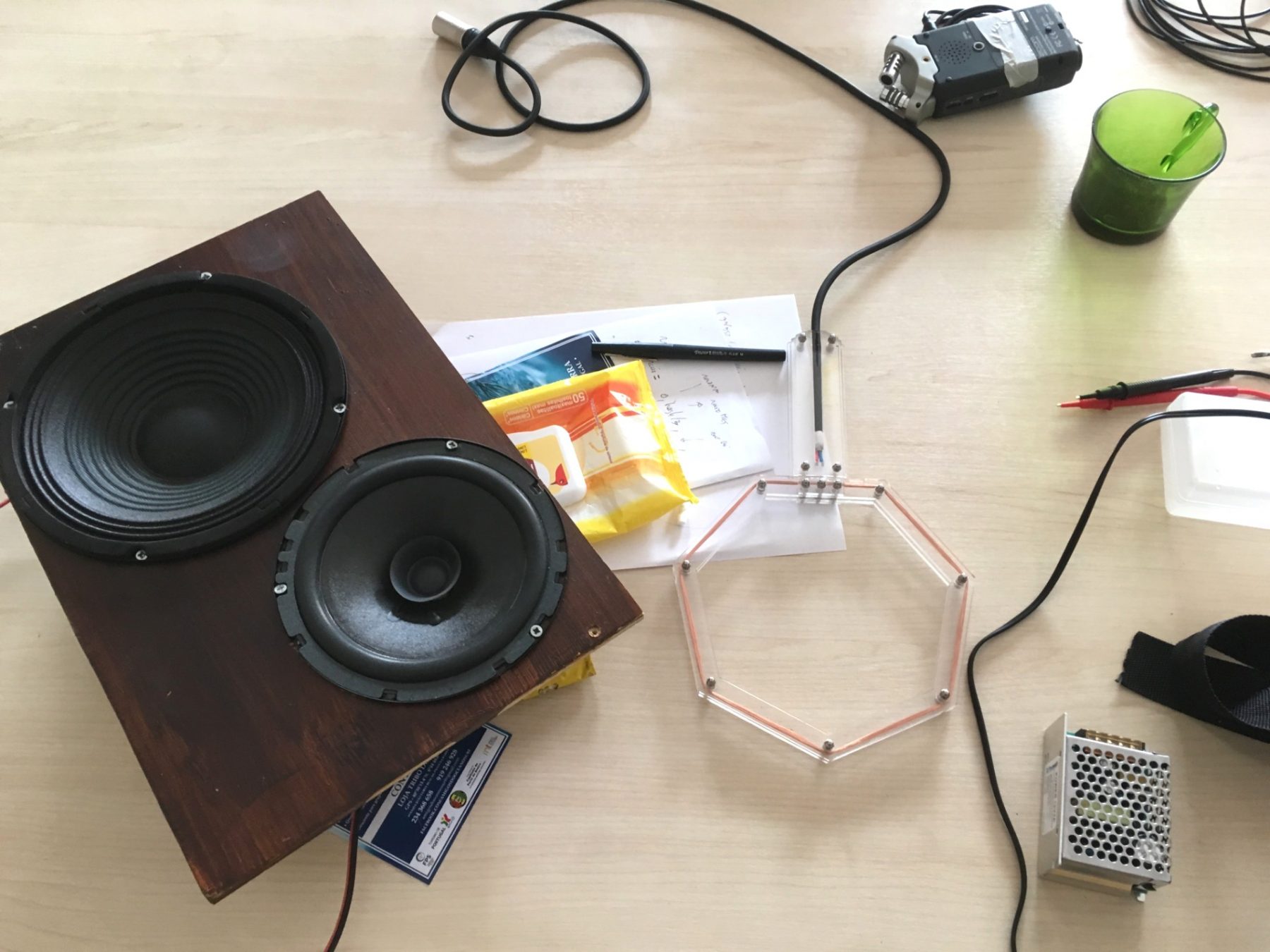 Notes about my residency at VIC

Before being an instrument, the guitar was a tree and on it the birds sang. The wood knew about music much before it was made into an instrument.— A. Yupanqui

Landing at VIC was a whole odyssey: a long trail of CO2 conducted me through several countries, different cultures, immense seas, hundreds of maps and routes. It was worth it, since this arts residency turned out to be a constant trip between explosive knowledge and learning —the kind of magical learning that only occurs when everyone is open to interchange. And that’s what VIC is all about: a living space packed with interchanges.

I must recognise that to be expected upon arrival is itself a big love gesture towards the traveler. There they were right outside Porto’s airport, Hugo and Marta —the queen of dragons— both bearing a charming look of adventure deep inside their eyes, a look that I will never forget. I dare to think that “to go is to arrive”. And arriving to this new place is just like arriving to a new life, or like opening a Pandora box containing great variables —both stable and unstable— which emerge and define new courses. 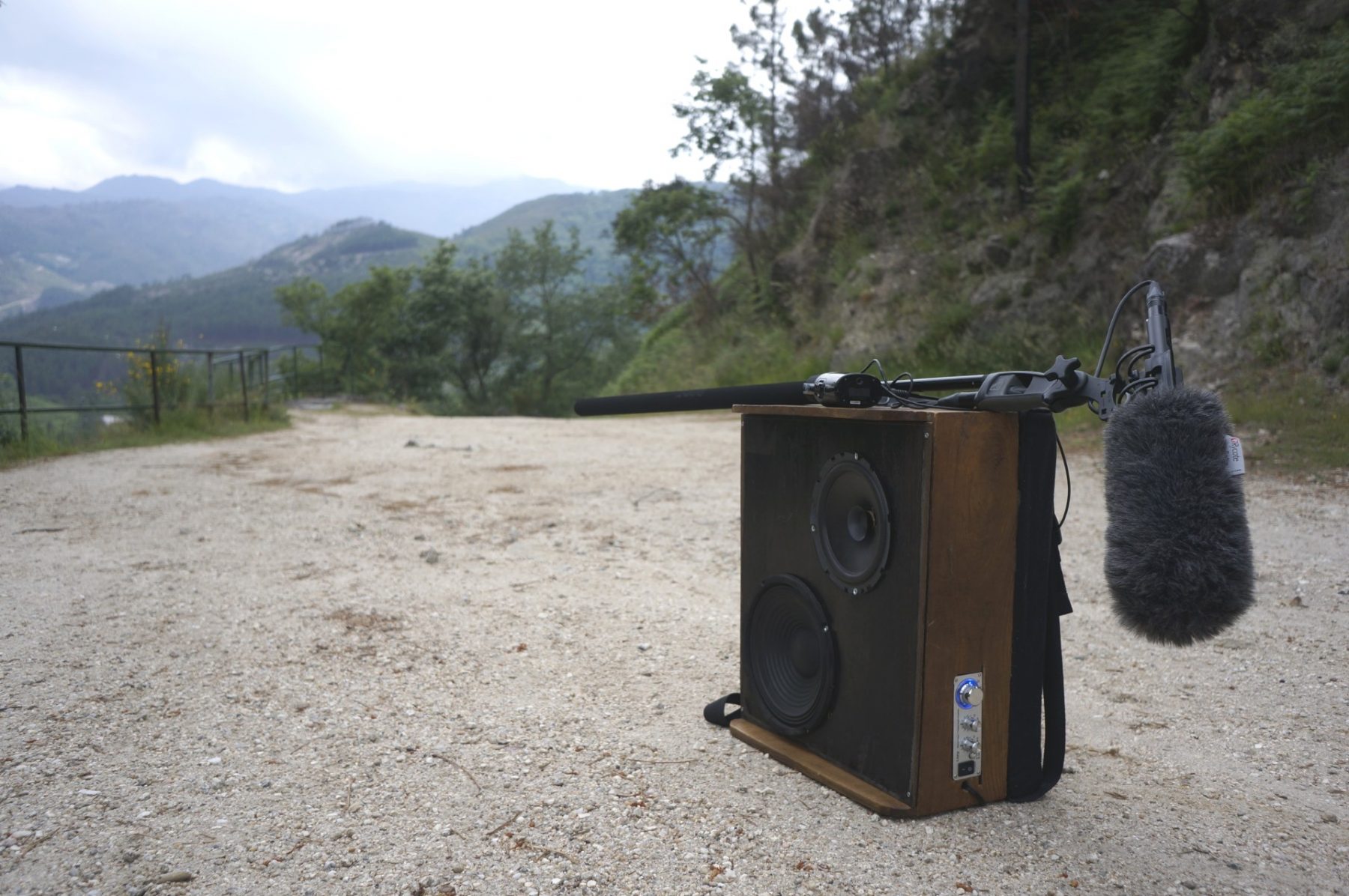 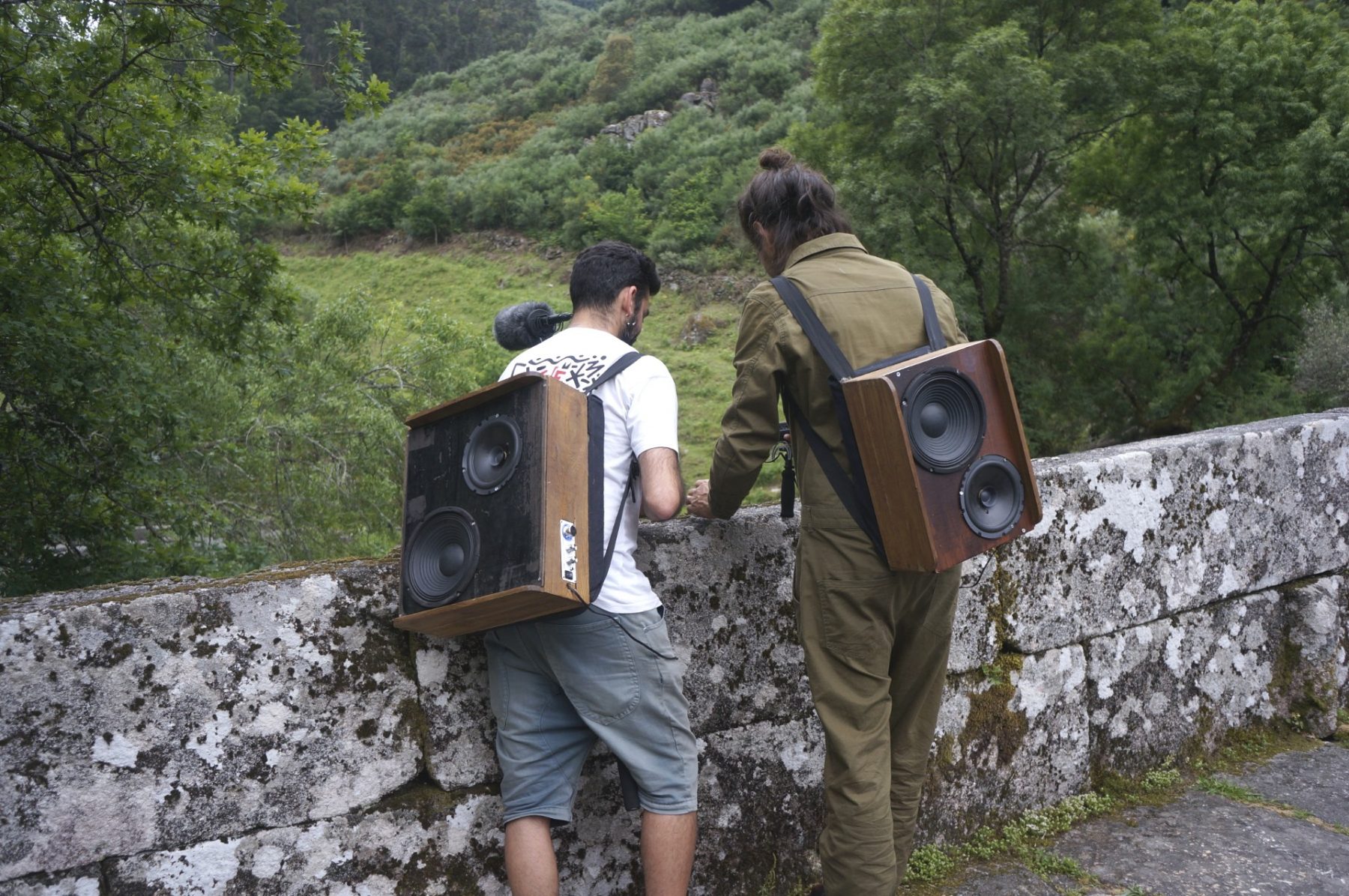 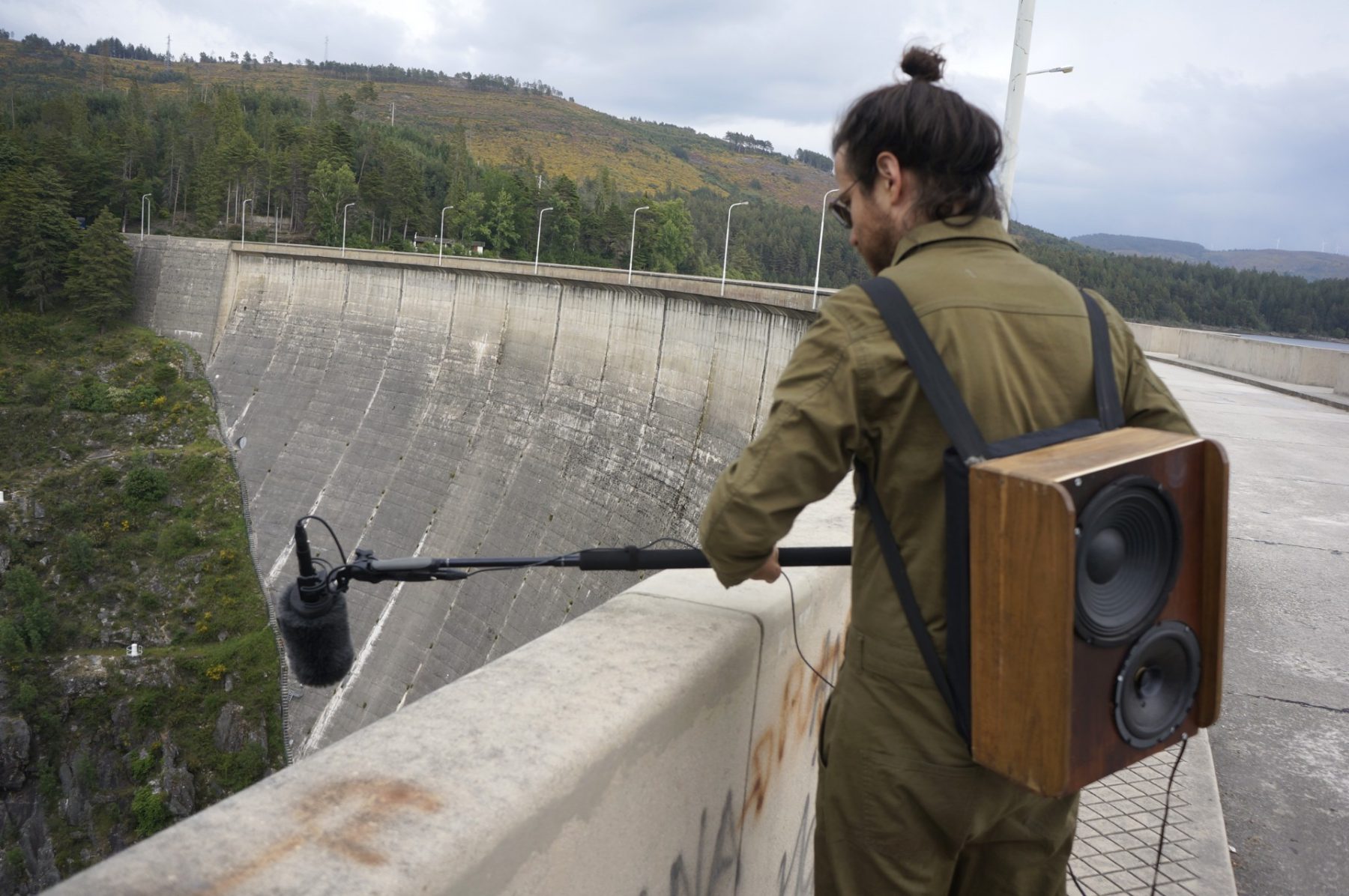 I slowly started to figure out this world which Hugo had revitalised. While imprinting new meanings to it, he had succeeded in converting this building so impregnated with history into a new instrument, one whose wood had heard the birds that still sing about Vasco Branco’s artworks and cultural gatherings. There’s many things that money can’t buy, and one of these is the way in which a building is cut across by time and charged up with a specific kind of energy.

VIC absolutely has that. Several floors and a basement with a small cinema filled with thousands of meters of film, a charming library where the presence of old filmmaking equipment, an electronic music rehearsal studio and all sorts of creative objects pointed out that a lot used to take place in there —and apparently still does. It’s like if they simultaneously inhabited the past, the present and its attached future. 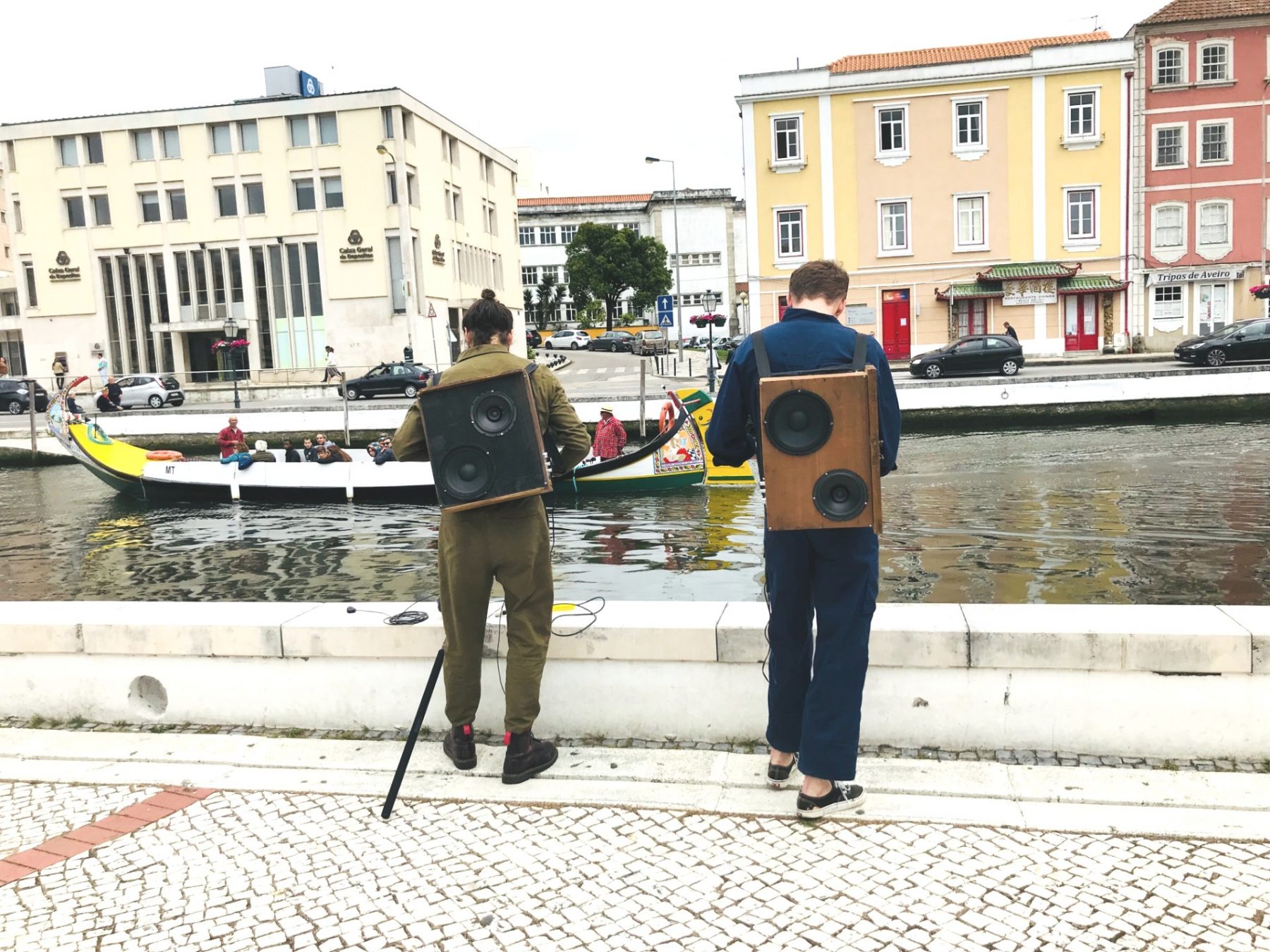 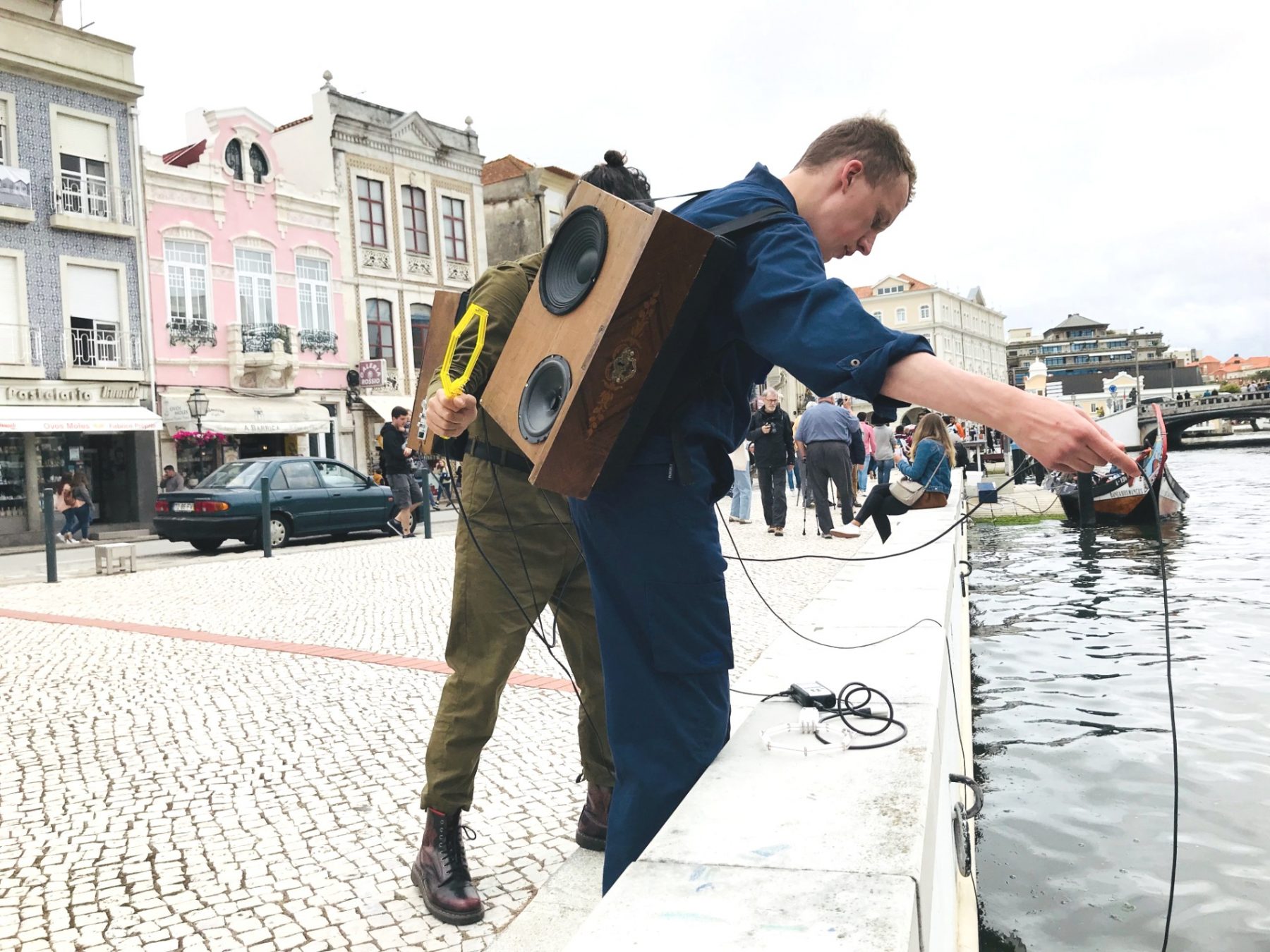 On the second day, Hugo took us to another arts residency somewhere in the surroundings, located at a charming old house, where I eventually met one of the people that would help me manufacture my “Space Scanner” cone. During these pre-production days we also took a boat trip through Aveiro’s lagoon all the way until the ocean. Along our trip we saw the houses that used to belong to the men who harvested the salt: covered in tiles, they reminded me a lot of the work “Tile – Fragile loudspeaker”, which I had presented one year before at the Lisboa Soa festival. Magical moments, in which Hugo and me engaged in long conversations and eventually built up a deep and lasting connection. 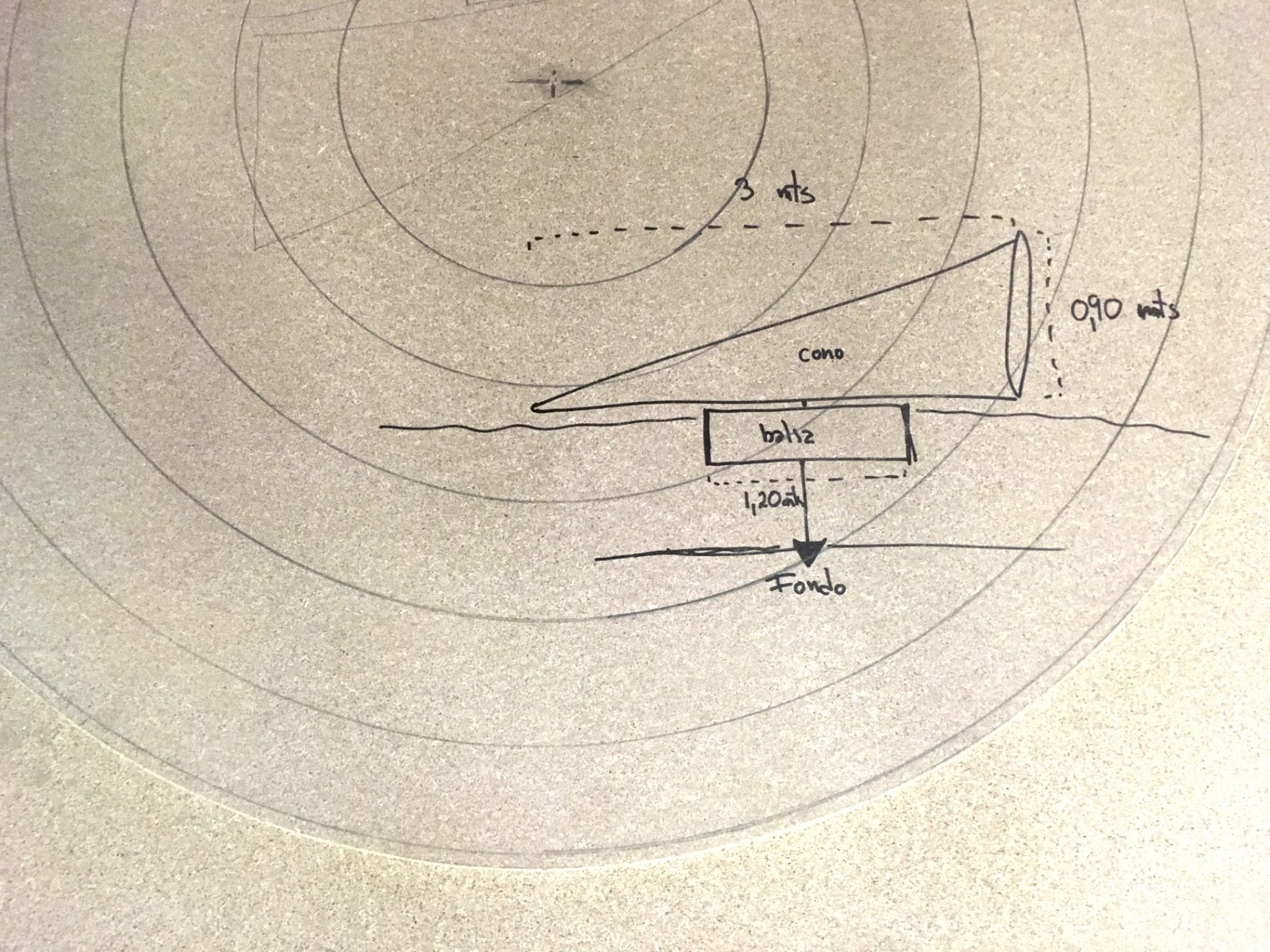 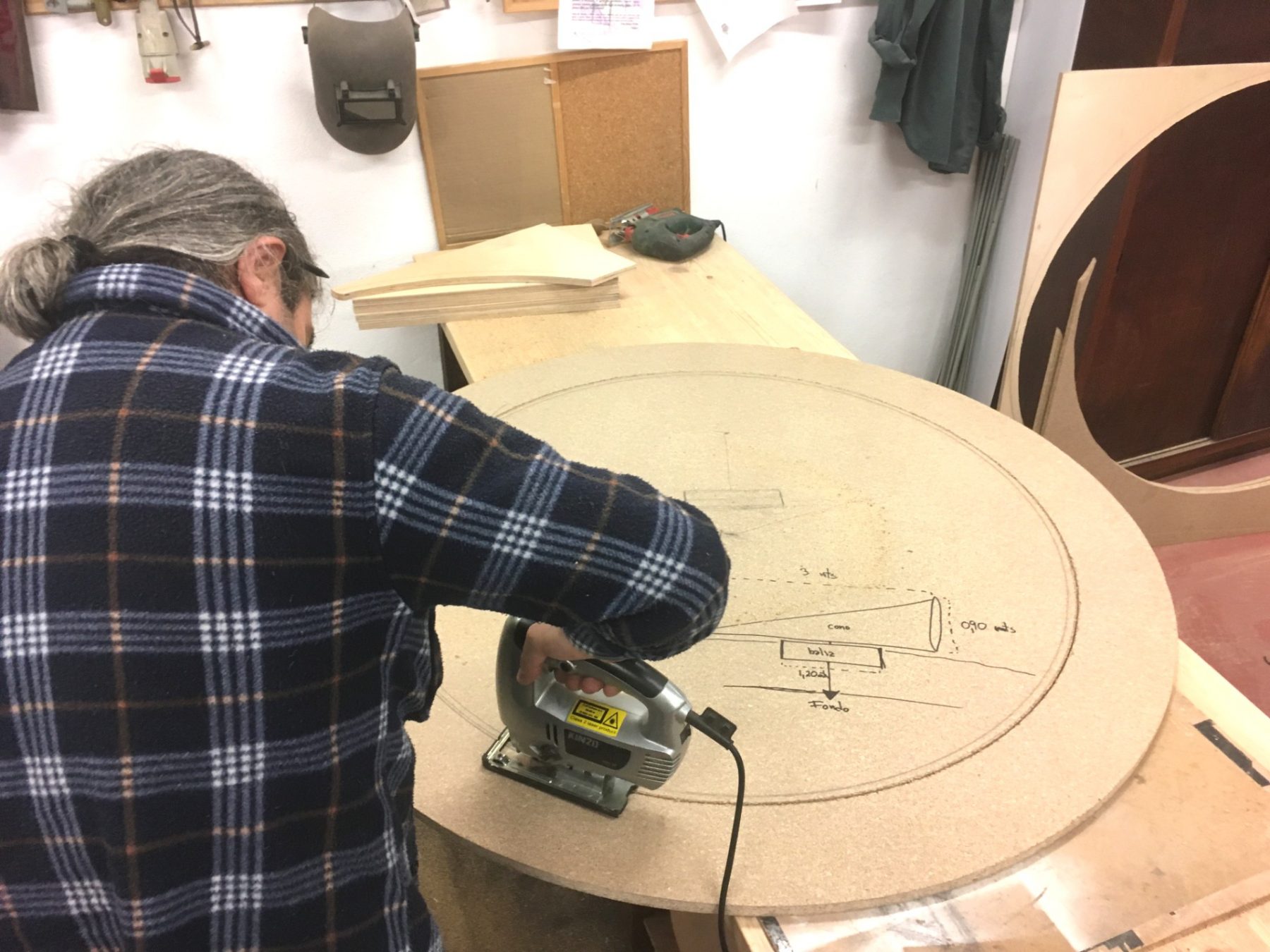 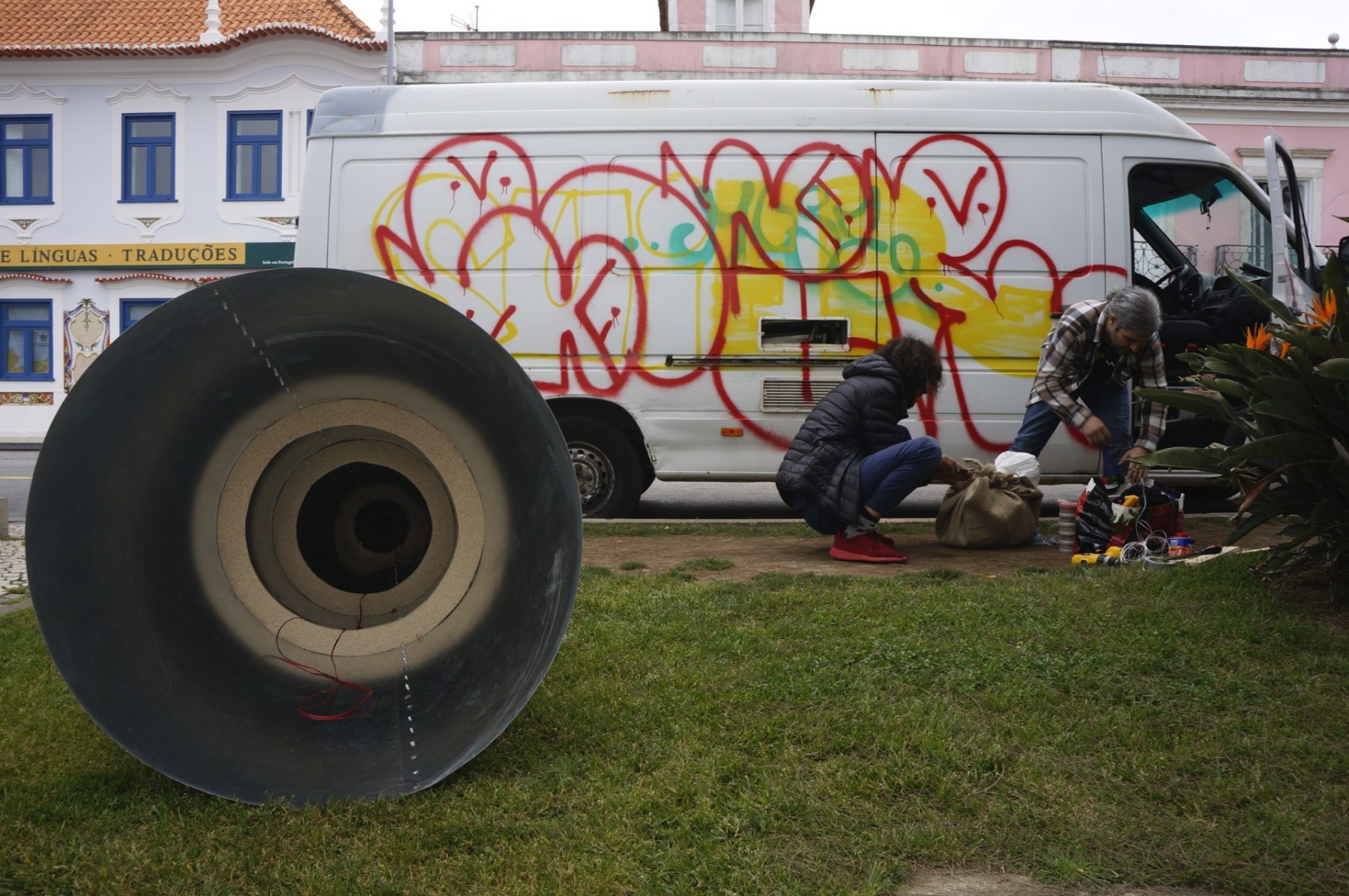 Aveiro’s meridians and parallels are constantly blown away by a strong wind, and the light here features a different frequency, making life function at different Hertz rates. I surrendered to the flow of things and lived as much as possible to the rhythm of the place with its long days and bird songs.

After some days, Jorge Barco —the newest resident artist at VIC— arrived holding a meteor in his hand. I thought that I knew something about him but, as we got to know each other, I quickly understood that I actually knew nothing and that experience was everything. This everything meant getting to know a great artist and a big friend with a rare sensibility, with whom I would take great pleasure in sharing my residency at VIC.

Besides our participation at the Criatek arts and technology festival, we traveled quite a bit around Portugal. Amongst the visited destinations, we headed north to the semi-abandoned village of Borralha, where we would explore the former Wolfram mines. This adventure is still pretty much alive inside of me and I hope to revisit this place soon and to keep searching amidst its rocks. 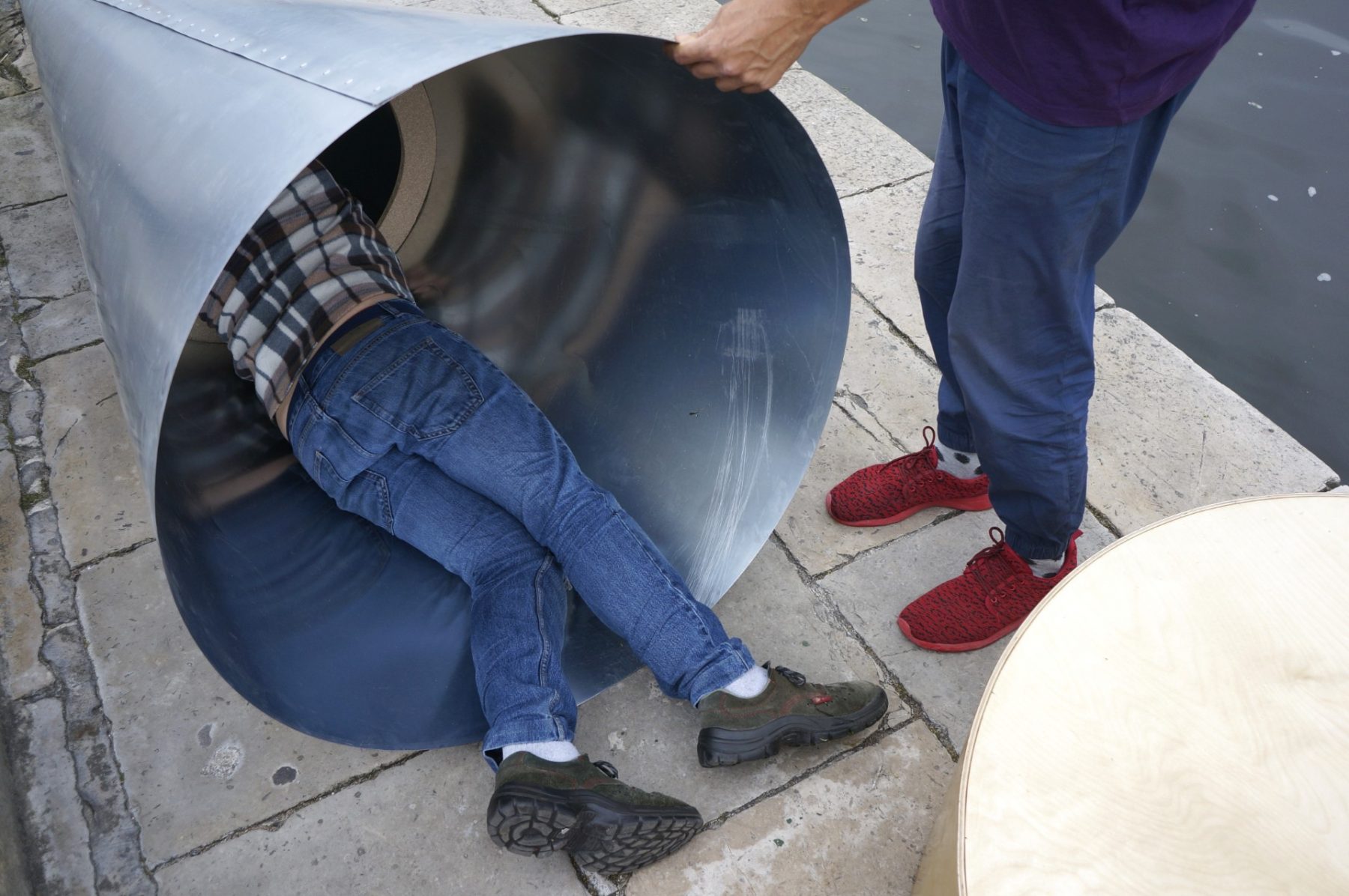 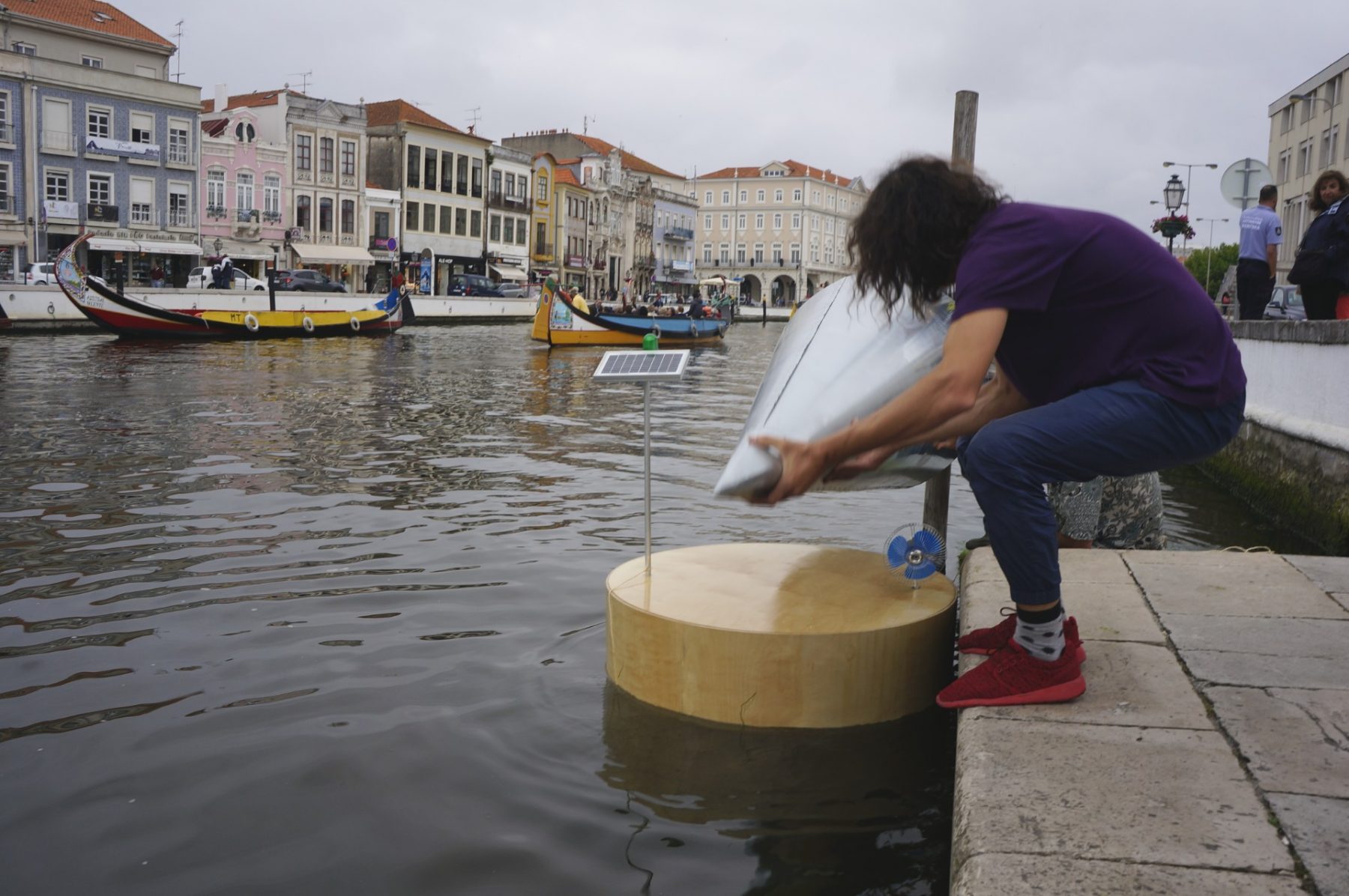 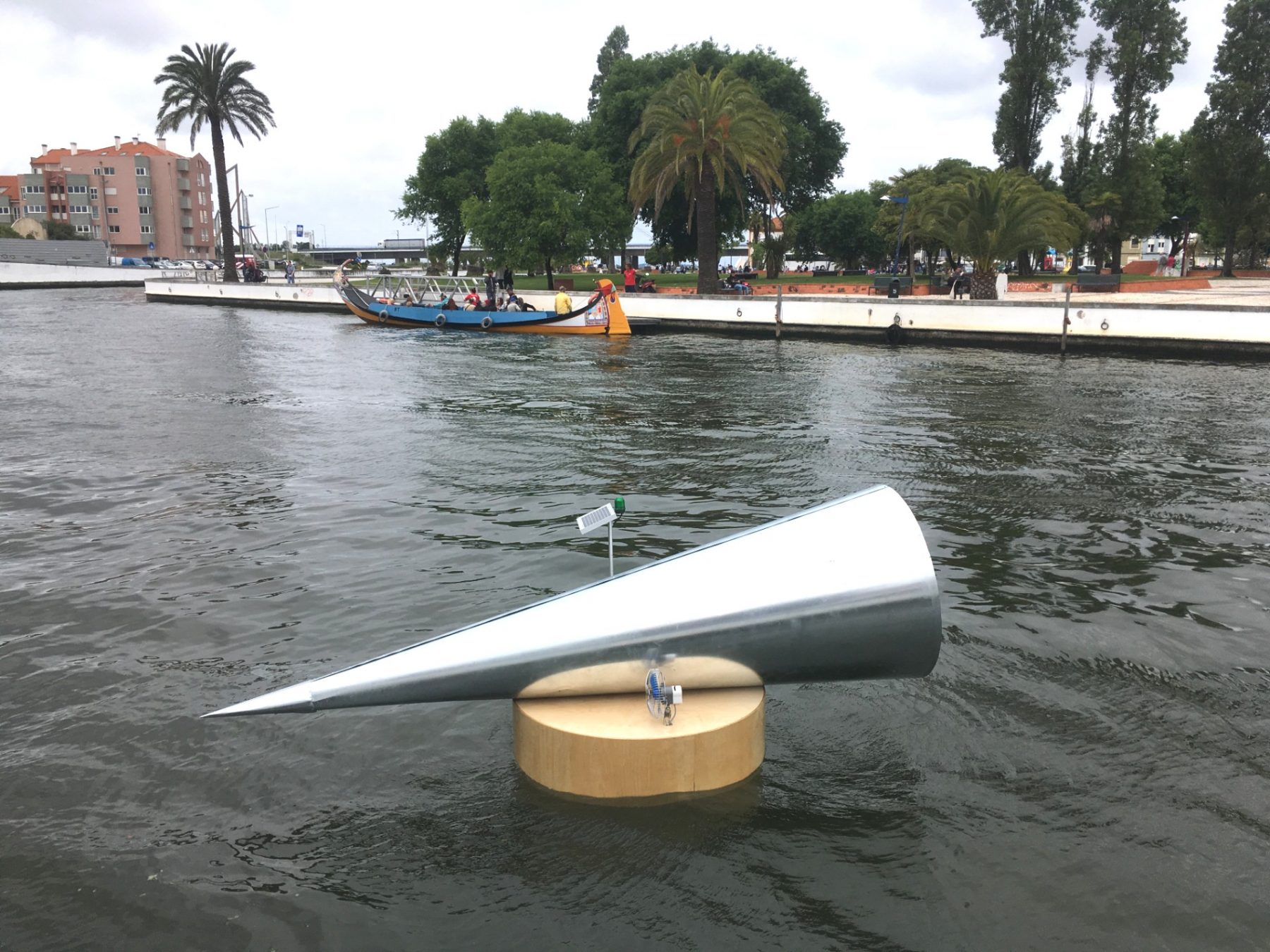 At some point, a good friend of Jorge decided to join us at VIC. Artist and researcher, Andrés Jurado had also brought his magic from Colombia, together with a 35mm projector which he used for his augmented cinema performances. People were progressively gathering and preparing for the GREAT DANCE.

The way in which everything kept happening all the time —new friends, VIC’s crew, everyone’s receptiveness to collaborate in my projects, all the invitations I got to join their own activities— just didn’t cease to amaze me. Before that month I spent at VIC, I had rarely experienced such an unlikely combination of pure intensity and peaceful harmony: a combination which Hugo excels at making happen, day after day. 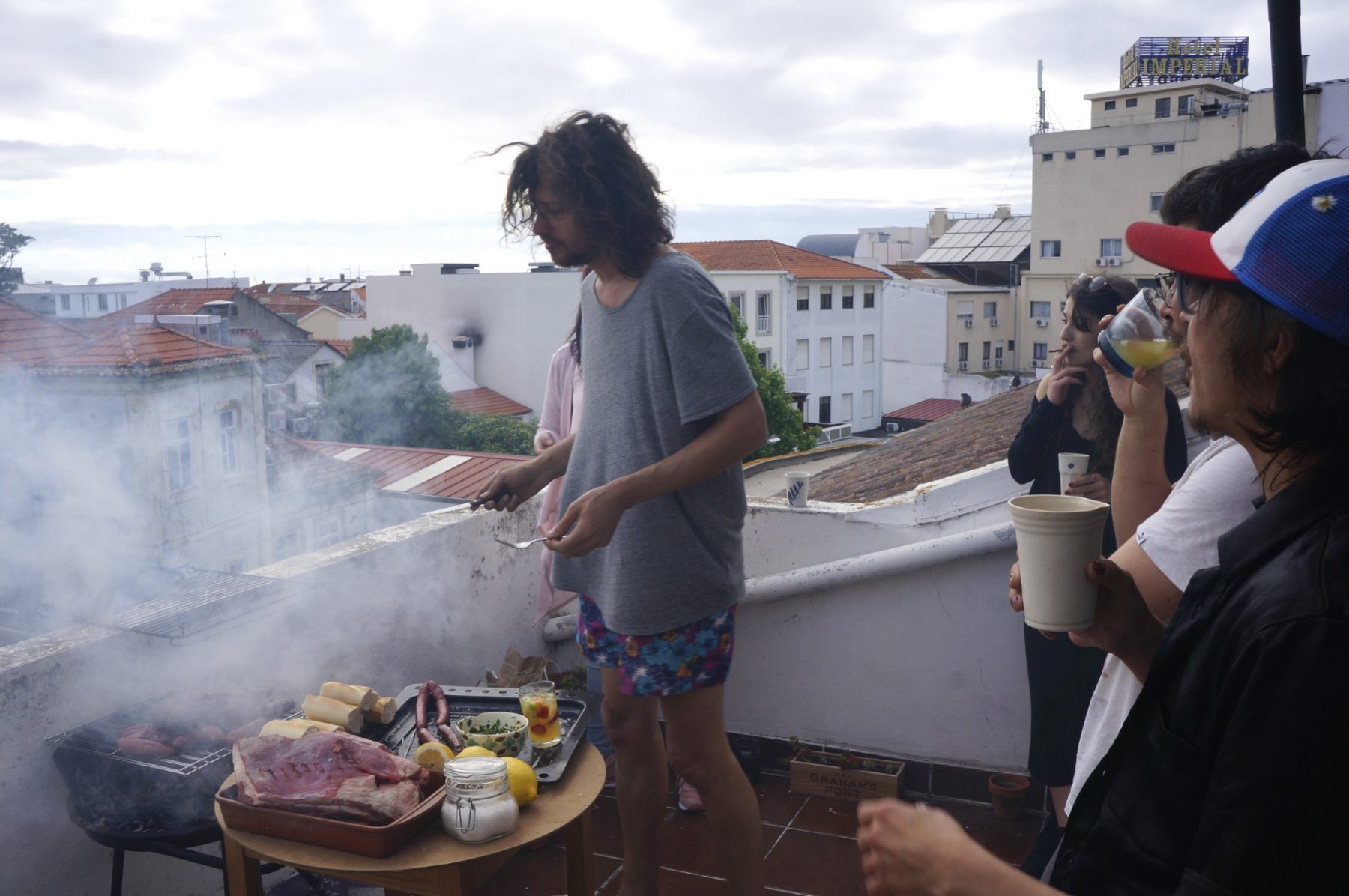 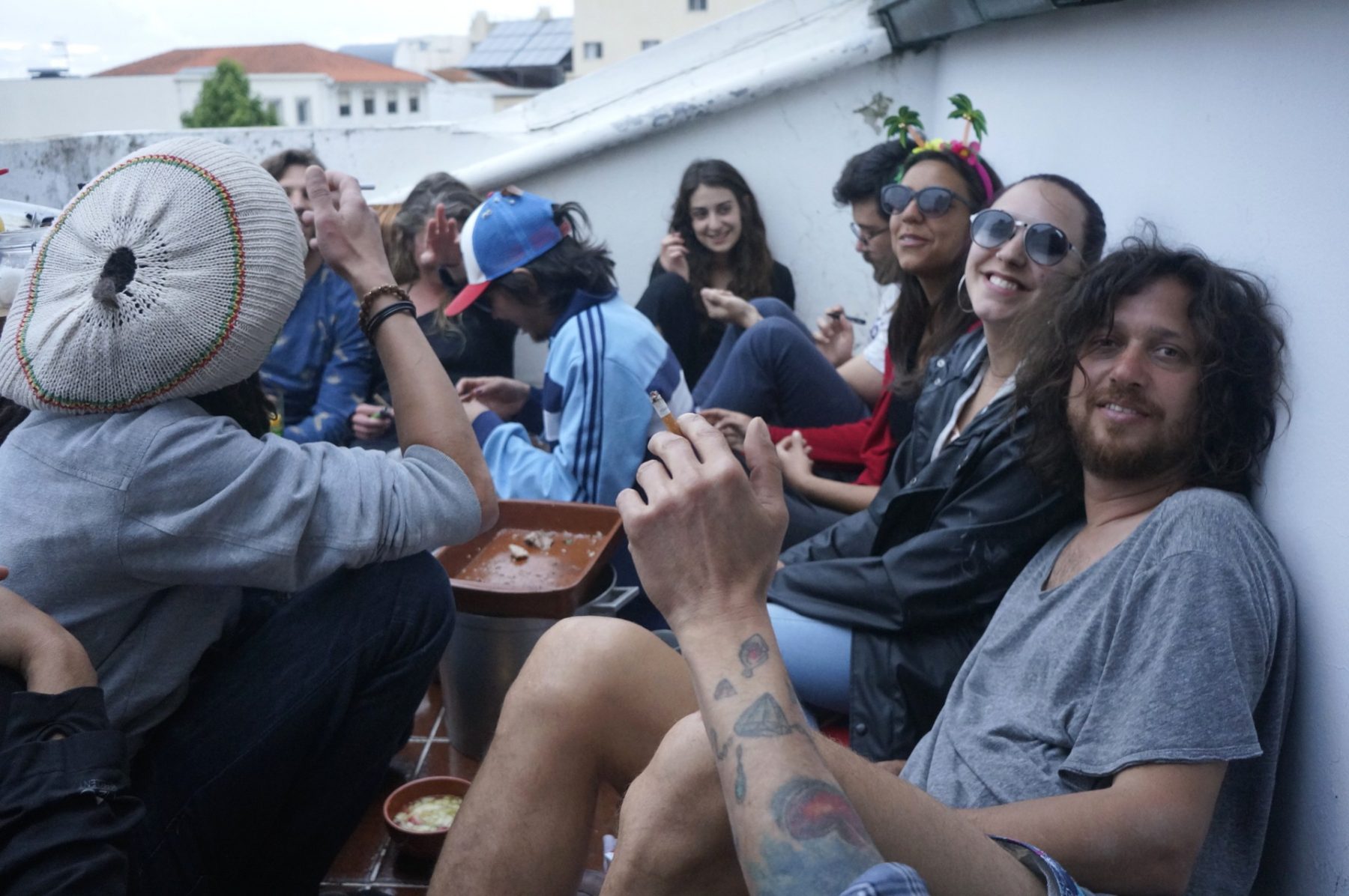