We recently had the pleasure of hosting the Berlin-based band Soft Grid at VIC’s Arts Residency right after their show in Aveiro, the second gig of the tour that also took them to Coimbra, Porto, Lisboa and Barreiro. Fortunately there was time to hang out with them for a bit after enjoying their tremendous concert, which was co-hosted by the Covil and Tago Mago collectives at the local venue Mercado.

Having allegedly met in an abandoned children’s hospital ward nearby Potsdam where a music studio had been built, Jana Sotzko and Theresa Stroetges definitely know their trade. Followed by their new drummer Christian Hohenbild, and jumping between guitar, bass and synths, their voices took us further up and into their unexpected musical explorations, which crossed hyphen-full genres such as Synth-Pop, Post-Rock —and what I rushed to describe as Stoner-Folk— breaking expected borders and defying futile categorisations.

Before the second song was over, I had already bought both the vinyl and the cassette they had for sale. Most of the other VIC inhabitants were also there —Alejandra, Steffi, and Sarah, a London-based artist in residence— watching the concert and fiercely enjoying each song. Somewhere between raw power and subtle bliss, Soft Grid conducted us throughout a rather unexpected and absorbing trip, their intangible lyrics still bouncing around in our heads during the days that followed.

After the concert we headed back to VIC’s auditorium for a drink and a chat, and in the next day we met for a quick lunch at Mulata, one of our favourite veggie-vegan hangouts in town, just before they left for their next gig, which would take place at Maus Hábitos, in Porto. We sincerely hope to have them back soon and to enjoy the pleasure of their music and company once more. May their absorbing sound and electrifying attitude reach restless music-lovers on the farthest corners of the globe. 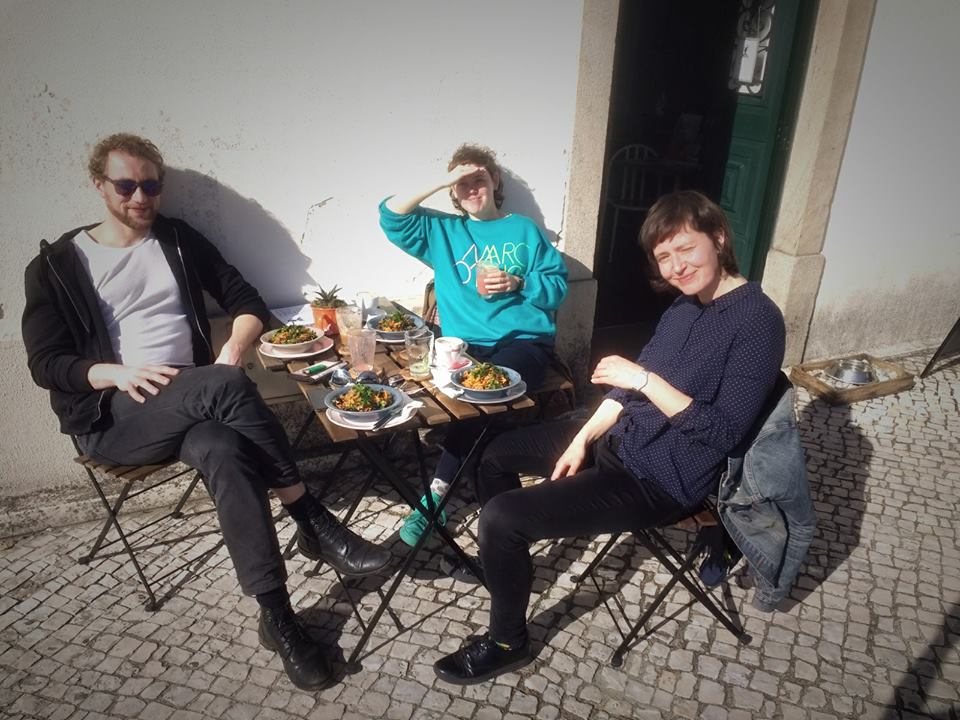